Legislation and Gambling in Australia

LEGISLATION AND GAMBLING IN AUSTRALIA 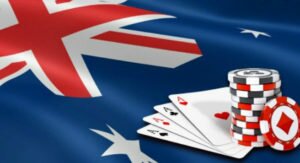 Australia, situated in Oceania and considered to be a nation of “economic miracle”, has as one of its main entertainment sources gambling. Australians are seen to be the one of the most hard to handle concerning this activity. Australia is well known because of the sheer amount of slot machines or “pokies” as they call it. In spite of their enthusiasm for gambling, this industry has sparked quite a long social and legislative battle. There are a lot of complications surrounding this industry as not the government wasn't too welcoming with it. In spite of this, this industry is a growing and flourishing one since the government and society have quite a liberal stand when it comes to it

Honestly, the stand on online gambling is Australia is not a stable one and so it is not really a matter of interest to some. But because of the fun loving Australians, this interest is rapidly growing. It is this people's utterly amazing love for fun and gaming that has made this industry into the giant it is today. But like every other nation, you have particularities when it comes to gaming and legislation. So before you dive in, make sure to do your research.

The gambling industry is regulated both on the level of the state and the level of the whole territory. Let's explain. Every state has a body that is responsible for the gaming firms there. We have compiled some info concerning these bodies for the different states.

On a less specific stand, the regulation of gaming in Australia is carried out by the Commonwealth. People who love the gaming industry have had little to no issue with the laws surrounding it.

When it comes to online gambling in Australia, it is an entirely different story. This activity is seen as an unwholesome and sketchy one. This is because it is easily accessible and can very easily lead to addiction. So, if you are an online gambling provider, know that it is illegal. The Interactive Gambling Act was established in 201 so as to stop online gambling operators. This act states that online gaming operators are prohibited from offering their services to citizens of Australia. There's a loophole though. So long as the casino operator has its license from another country, Australian citizens have the right to play at it. Also, advertising of betting that uses real money is prohibited.

One thing casino operators based in Australia were allowed to do was provide their services to players in other countries (excluding the ones in a specific list). Another important development was that online sports betting was made legal. But the only way players could take advantage of the services offered was by betting before the game started.

Yes these were quite strict. But it didn't stop the rapid growth of this industry since most players played with casinos that were based offshore. So the Act of 2001 was revised in 2017 so that they could stop the rapid growth this industry was going through. The act passed was the Interactive Gambling Amendment Act that restricted offshore and unauthorized gambling operators. The only types of betting exempt from this act were horse racing and telephone betting. The only people allowed to advertise their services were operators with a special official license.

Taxes are the one thing that make the legislation of online gambling in Australia different from those in other nations. There are no taxes on winnings coming from games of chance. The following points explain why.

– First of all, betting is not an actual job so there is no tax placed on the winnings made from it

– There is still revenue in this because the government has a tax levied on gambling operators.

Since the whole taxation process in Australia is very cool, the system is considered as one of the best in world. But many people think that this liberalism when it comes to taxes is greatly contradicted by the strict laws placed on online gambling.

Because of the numerous strict laws surrounding this industry, more and more reliable and trustworthy operators are leaving the Australian market. The only positive side to this is that gambling lovers are not going to take this strictness hidden as “caring” from the government. There have been demonstrations to put an end to these laws. There is hope that the government will revise strict regulations surrounding online gambling in Australia.